We've sung it every February ever since Black History Month was a thing, and every December since Kwanzaa was a thing. May We Forever Stand: I was so specific because I'd seen it, I'd heard it, and it was already written inside of me.

Rosamond Johnson, and I decided to write a song to be sung at the exercises. I wrote the words and he wrote the music. Our New York publisher, Edward B. 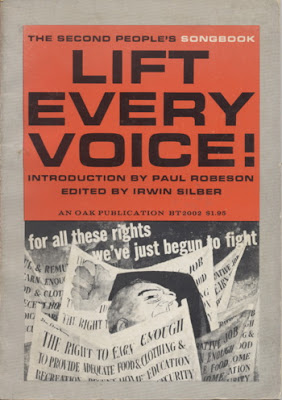 Marks, made mimeographed copies for us, and the song was taught to and sung by a chorus of five hundred colored school children. Shortly afterwards my brother and I moved away from Jacksonville to New York, and the song passed out of our minds.

But the school children of Jacksonville kept singing it; they went off to other schools and sang it; they became teachers and taught it to other children.

'Lift ev'ry voice and sing:' Honoring an anthem and its author

Within twenty years it was being sung over the South and in some other parts of the country. Today the song, popularly known as the Negro National Hymn, is quite generally used. The lines of this song repay me in an elation, almost of exquisite anguish, whenever I hear them sung by Negro children.

Facing the rising sun of our new day begun, Let us march on till victory is won. Stony the road we trod, Bitter the chastening rod, Felt in the days when hope unborn had died; Yet with a steady beat, Have not our weary feet Come to the place for which our fathers sighed?

We have come over a way that with tears has been watered, We have come, treading our path through the blood of the slaughtered, Out from the gloomy past, Till now we stand at last Where the white gleam of our bright star is cast.

God of our weary years, God of our silent tears, Thou who hast brought us thus far on the way; Thou who hast by Thy might Led us into the light, Keep us forever in the path, we pray. Lest our feet stray from the places, our God, where we met Thee, Lest, our hearts drunk with the wine of the world, we forget Thee; Shadowed beneath Thy hand."Pasted into Bibles, schoolbooks, and hearts, "Lift Every Voice and Sing," written by J.

Rosamond Johnson and James Weldon Johnson in , has become one of the most beloved songs in the African American community - taught for years in schools, churches, and civic organizations.

James Weldon Johnson Born in Jacksonville, Florida, in , James Weldon Johnson’s life was defined by a number of firsts. Educated at Atlanta University, he was the first African American to pass the bar in Florida during his tenure as principal of Stanton Elementary School, his alma mater. "lift every voice and sing". // Drama of African-American History: Group 2;, Special section 2 p23 The article focuses on the career of James Weldon Johnson, a leader of the Harlem Renaissance in . Lift Every Voice and Sing The Black National Anthem () Words: James Weldon Johnson Music: John Rosamond Johnson Lift every voice and sing, till earth and heaven ring, Ring with the harmonies of liberty; Let our rejoicing rise, high as the listening skies, Let it resound loud as the rolling sea.

During this period, he and his brother, John Rosamond Johnson (–), a composer, began writing songs, including “ Lift Every Voice and Sing,” based on James’s poem of the same name, which became something of a national anthem to many African Americans. – For a Lincoln birthday celebration, James Weldon Johnson writes the lyrics for “Lift Every Voice and Sing.” With music by his brother, J.

Rosamond, the song is first sung by children in Jacksonville, Florida. It will become known as the “Negro National Anthem.” – When six African Americans were killed and others. Aug 16,  · "Lift Every Voice and Sing" was first performed in , at a segregated school in Jacksonville, Fla., by a group of children celebrating the anniversary of the birth of President Lincoln.